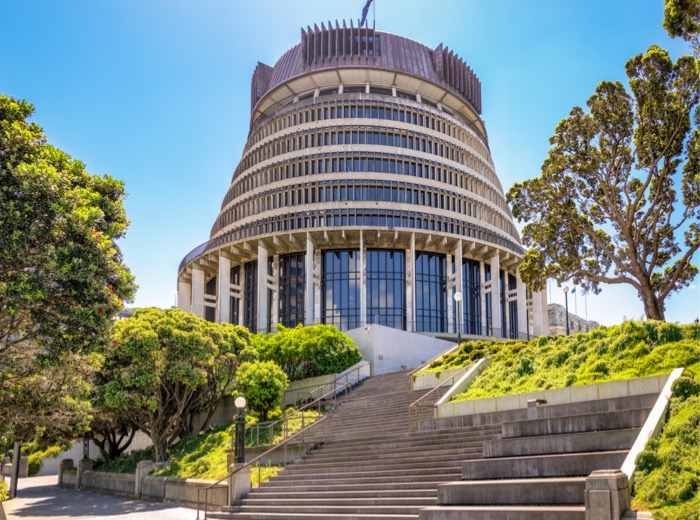 The much-anticipated Fair Pay Agreements (“FPA”) Bill which would bring about some of the biggest changes to employment law in recent memory, has now passed its first reading in Parliament. Submissions to Parliament’s Education and Workforce Select Committee are now being sought. The Government is moving at pace on this legislation, with a deadline for submissions of 19 May 2022.

If enacted in its current form, the Bill has the potential, in time, to impact all employers. Under the current majority Labour Government, the Bill is all but guaranteed to pass into law.

The Bill gives effect to that broad framework and provides more detail in a number of key areas.

This stop press focuses on the areas where submissions to the Select Committee are likely to have the most impact on the final legislation to be enacted.

Collectively bargained agreements at an industry – or occupation-wide level

The Bill provides a scheme for the collective bargaining of minimum terms and conditions for an entire industry or occupation. This is much wider in scope than collective agreements, and not limited to unionised workforces. An FPA will be binding on every employer with one or more employees within the FPA’s coverage, and all employers will therefore need to be across the new regime.

Eligible unions will be able to initiate FPA bargaining for an entire industry or occupation if they represent at least 1,000 employees or 10 per cent of the employees in the proposed coverage (whichever is lower). Alternatively, a public interest test can be applied, requiring evidence of certain labour market problems, such as low pay or bargaining power, or lack of pay progression. After initiation, the coverage of a proposed FPA can be expanded during the bargaining.

Some have criticised this as “forced unionisation”, including because FPAs will be binding on each employee within the agreement’s coverage, whether or not the employee is a union member. FPAs also have the potential to impose inflexibility on the labour market as a result of the mandatory requirement to include “normal hours of work” across an entire class of employees in an FPA. The key takeaway for employers here is that it will not be possible to ignore the FPA scheme if the Bill is passed into law.

Anticipating the difficulties that would arise if no employer bargaining party steps forward after bargaining is initiated, the Government has proposed (via a Parliamentary Paper to be considered at Select Committee alongside the Bill) that, in that scenario, the Employment Relations Authority will set the terms of the FPA without any bargaining taking place. The bargaining side without a bargaining representative would not be represented in this process, although the Authority would be able to seek out information about a specific industry or occupation from an “independent advisor” before fixing terms.

A significant risk of this proposed approach is that a bargaining side’s advocate(s) will find it difficult to put forward all (potentially competing) views. This conflict could continue to play out during the ratification process. The Bill proposes a complex weighed voting system in favour of smaller employers (those with fewer than 21 employees), but in many industries smaller or newer businesses may find themselves in the difficult situation of being required to provide the same pay and benefits as large, well-established businesses within the same coverage.

The FPA scheme is designed to ensure that, when bargaining is initiated, an FPA should result. When bargaining fails, either party may apply to the Authority to fix the terms of an FPA.

While there is a high threshold for the Authority to use this power (as there is for its existing powers to fix the terms of collective agreements), it carries significant risks for employers. First, they may have invested substantial resources in difficult and complex negotiations – only for the Authority to use its override power. Second, once the Authority has fixed the terms of an FPA, a party may only challenge those terms on a limited set of specified questions of law to the Employment Court. Third, the Authority’s resources are already stretched as a result of the COVID-19 pandemic and if the Authority were to have responsibility for FPAs, already significant wait times would almost certainly increase. All of these issues are likely to be of concern to employers.

Employers will also likely be concerned by how the Bill deals with overlapping coverage between FPAs. This could be a frequent issue in practice, particularly as the number of FPAs increase – e.g., would supermarket cleaners be covered by a supermarkets’ FPA or a cleaners’ FPA?

The Bill proposes a reactive approach to the issue of overlapping coverage. Only once the employer and employee bargaining sides have reached an agreement and submitted it for a compliance assessment by the Authority would the Authority check whether there is a coverage overlap between the proposed FPA and any existing FPA(s). If there is a coverage overlap, the Authority must decide which provides the “better terms overall” for the affected employees, and the FPA determined to have “better terms overall” will apply to those employees.

The Ministry of Business, Innovation and Employment (“MBIE”) would again assess coverage overlap after an FPA has been ratified and at that point, if overlap between FPAs is identified, then the Authority would determine which provides the better terms overall for the affected employees. MBIE would then issue a notice of the FPA, which would be secondary legislation.

The risk with these provisions is that a materially different FPA can be imposed on an employer, even where an FPA has already been agreed.

Making a submission on the bill

On behalf of enableHR NZ, LangtonHudsonButcher will be monitoring the Select Committee process with interest. The public now has a short window of opportunity to comment on both the goal of the FPA Bill (increasing the breadth of availability of collective bargaining) and how that would be implemented.

If you have a question about the information in this article, please contact the team at enableHR.

The information in this update aims to provide an overview of the proposed Fair Pay Agreements Bill and is shared with the help of our law partner, LangtonHudsonButcher (LHB). LHB are an internationally recognised specialist employment law and litigation firm based in Auckland. The team of lawyers at LHB are experienced in negotiation, mediation, and advocacy. They work with the enableHR team to ensure every legal template, document, and checklist inside of enableHR is compliant. Learn more about LangtonHudsonButcher here.

Did you know more than five distinct pieces of legislation in New Zealand requir ... Read More

This article was prepared with the help of internationally-recognised specialist ... Read More

The much-anticipated Fair Pay Agreements ("FPA") Bill which would bring about so ... Read More